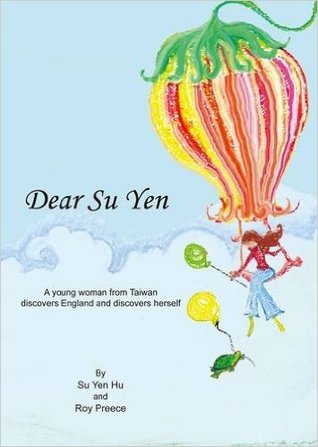 ISBN: 9780956545701
Pages: 330
Description: Have you ever moved house and had to make a complete new start at a different school, a far away city or even in another country? I have. Like millions of people around the world I learned that the colourful and exciting dreams that we make with our finger tracing the map might turn into nights of loneliness, months of cultural miscommunication and years of financial hardship once we reach the other end. This was my immediate connection with Su Yen´s story. A bright young student in Taiwan with an overprotective father at first who turns cynical and cold with age and frustration, she is trying to find out which dream she should create and pursue for herself. After taking a joyless degree in design back home she realises that having fantasised about mediaeval buildings in Europe since childhood she has never seen any in real life. But the move to historic Oxford in Britain, where Su Yen hopes to further her studies is full of obstacles.
Do we, you might ask, in this day and age when the papers, bookshops and news bulletins are endlessly serving up heartbreaking migrant stories need yet another account of someone who left their home country behind hoping to settle in greener lands far far away? Well, I guess that Su Yen has thanked her lucky star that just when needed and she was nearly giving up her dream of life in Britain because the barriers of language, uni, money and loneliness seemed skyhigh, she struck up a friendship with a senior tutor from Oxford.
The correspondence between Su Yen and Roy weaves through the whole book, taught the disoriented Chinese girl what she needed to know in order to get through uni and master everyday life, and it is this clever twist which distinguishes Su Yen´s from other memoirs. As the young woman goes through her daily life, studies, socialising and outings in the unfamiliar environment, she pours out her heart at the friendly and patient mentor and bombards him with questions. He replies and consoles her with great British poems, a way of “you´re not the first to go through this”.
Personally, I am most grateful for this touching book: on top of a moving reminder of how difficult a fresh start in an alien culture is and how few people await us with open arms (or at all), it also paved the ground for my own understanding of English poetry. In simple terms Roy explains how Shakespeare constructed his sonnets, what Dylan Thomas knew about a Welsh village, William Blake about the Industrial Revolution or the desires of Robert and Elizabeth Barrett-Browning – now that those famous yet often misunderstood works have been put into their historical context and into colloquial and modern language I´m able to understand what was a mystery before and which would have been lost to me otherwise. And this, I believe, is the ultimate message of “Dear Su Yen”: to be open and learn from what other people and their cultures have to offer for us.